In today’s market, 99% of diamonds in the marketplace are conflict-free. To prevent conflict diamonds from being imported and exported throughout the market, the diamond industry established the Kimberley Process. This vital process regulates trade in rough diamonds. It aims to prevent the flow of conflict diamonds while aiding to protect legitimate trade in rough diamonds. We proudly purchase conflict-free stones only.

All our diamonds are thoroughly handpicked and chosen individually to ensure the highest quality of grading. What sets us apart from other jewelers and websites is we hand craft everything in house and one of the kind and unique design with out branding or paying for name brand.

At our store, we take pride in giving you our best attention and service, to insure that our customers will be always happy and at same time, ease of shopping and creating a unique and one of the kind piece of jewelry. Also we offer a full value lifetime trade up Policy on all our certified loose diamonds.

We give back to our community to positively impact others. Our business donates to many prominent local organizations and individuals. Some of our donations include, but are not limited to: Adopt a Family, Jewish National Fund, Jteen, Camp Let Loose, San Diego Gift Closet and San Diego Jewish Academy. These incredible organizations have recognized us as significant benefactors to the success of their campaigns.

After fleeing Jewish persecution during the Iranian revolution in 1979, the now renowned Elghanian brothers, Edmond, Emil, and Alfred, came to America seeking asylum. Upon opening the first David & Sons store in 1980, the Elghanian brothers were instantly driven to build an honest thriving business – named after their father, David, who was still in Iran attempting to avoid persecution. At the time, they had not spoken or heard from their father for years – and, knew it was up to them to provide for their family who left everything in Iran. Through extreme hard work and conviction for perfection, the Elghanian brothers slowly expanded their business in both the retail and wholesale space – becoming prominent figures in the Jewelry industry and communities in which they exist. In order to pay homage to the country that provided them a safe haven, they strive to help those who see themselves in less fortunate situations – as they once did themselves. Through many charitable endeavors to organizations in America and Israel, the Elghanian brothers have become notable philanthropists. Furthermore, they have been fortunate to provide many military families with their dream engagement rings, considering their store’s proximity to notable military bases. If you are active military, please contact us to receive an additional discount.

Being both a wholesale and retail company, David & Sons are able to offer their retail clientele unbeatable wholesale prices – considering there is no middleman. The Elghanian brothers have built an extensive team embedded with the same persistence and work ethic that runs through their blood. By doing so, they have ensured that the David and Sons name will always live up to its reputation – as their sons, Natan and Jonathan, pridefully continue the company in the third generation. We pride our ever growing success on our ability to provide unparalleled quality and service to our customers – which stems from our team of master jewelers who hand-make each piece of jewelry – which has awarded us being the #1 rated jeweler on Yelp and Google in the entire United States. Since 1980 we have created custom designs ensuring everlasting, one of a kind beauty jewelry you will not see anywhere else. It is our promise that the same integrity instilled in David & Sons today will exist forever. Just as their fathers instilled in them, Natan and Jonathan hope to teach their future children how to continue to evolve David & Sons with the same integrity it was built upon. 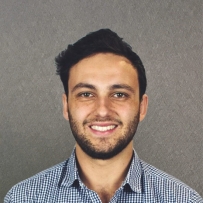 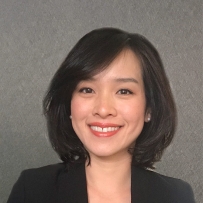 Jewelry is an art. It incorporates perfect engineering and artistry craftsmanship, something that is exquisite and specific. Jewelry is made with an abundance of care and attention, not through mass production. With the teamwork of our designers and master jeweler, we can build just about anything that you can imagine. Your vision of whatever you want can become a reality because we can design it exclusively for you. Our designers have tremendous expertise and knowledge about designs whether you are looking for an antique, contemporary, modern or a design unlike any other. We take immense pride in each piece that we build and we carefully hand select each stone due to our inspiration and design. We will have the highest of standards, and everything has to meet our criteria in order to be a complete work of art.